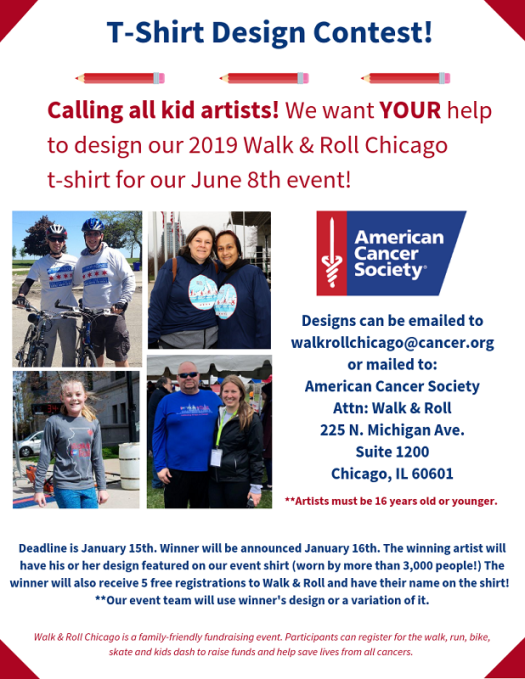 I’ll start with the eh… weight training for Grandma’s Marathon has officially started and it blows. Running I love. I could run and run and be happy but as I’m learning, you don’t get faster just by running. SO I’ve committed to this weight training plan to help me reach my marathon goals but that doesn’t mean I’m happy about it. One thing I am grateful for is that I have a gym in my apartment building AND at my work so it at least getting to the workout doesn’t completely suck.

Now for the exciting things:

1. I’m going to be an aunt! We won’t know if it’s a boy, girl or wizard for a few more weeks but I’m excited to be able to play with a baby that I don’t have to take care of full time!

2. My Uncle Tom has signed up to run and fundraise for American Cancer Society for the Chicago Marathon! Throw back to our first marathon together 6 years ago 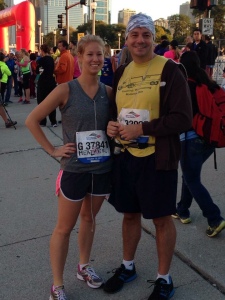 He will be a third time marathon runner but first time fundraiser (yay). To donate to his page you can click HERE

Stay tuned for updates on fundraising and not so fun weight training.

The cats out of the bag! 2018 was the year of rest, 2019 is the year of not one but TWO marathons! I could not be more grateful for my friends, family and co-workers who have donated to support my Grandma’s Marathon fundraising for ACS! My goal was $750 and I CRUSHED it thanks to all of you and have raised $1070! I decided a few weeks ago to run a second marathon next year for a few reasons:

So in addition to running Grandma’s Marathon in Duluth, MN in June, I will be running (and fundraising for) Chicago Marathon in October, in honor of this sweet lady. If you’d like to make a donation to support, you can do so here. 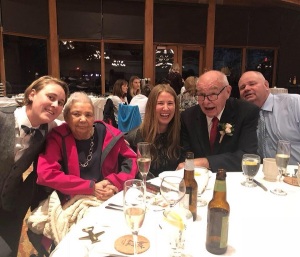 With Thanksgiving coming up, it’s hard not to think about how lucky and thankful I am (going to need a thesaurus for how many times I use this word). This will be the first year in my whole life (31 is a lot of years!) that my grandma won’t be making Thanksgiving dinner and my family has been *struggling* to coordinate who is making and bringing what. Essentially it’s like herding cats. So it’s entirely possible we will have so much food that we could feed a village or that we will end up eating hotdogs. Either way though, I’m thankful to be spending the day with those goons, no matter what we end up eating.

Woke up this morning to another donation and a fundraising total of $945! Grateful for my family, friends, co-workers and my main squeezes Dan and Lola for always supporting me and cheering me on! THANK YOU! 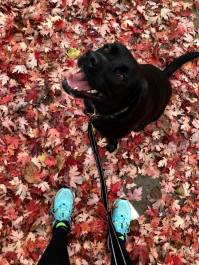 As far as training goes: I am working with a coach for this marathon (yay) mainly because I’m getting old and want to beat Oprah before I hit 100. On this plan I will start strength training (woof) early December, begin base training (so building mileage) in early Jan and then officially start training for Grandma’s in February! Throughout the entire time I’ll incorporate the stretching (ugh) from physical therapy so no broken feet (or dreams) (fingers crossed).

Full disclosure, on the first draft of this blog entry I accidentally typed that I want to “be Oprah” and hesitated to update to “beat”. Happy Monday!

As of this morning, with the help of so many friends, family, co-workers and a couple of dogs that get an allowance, I crushed my $750 fundraising goal for the June Marathon! Lola’s face really sums up our excitement. 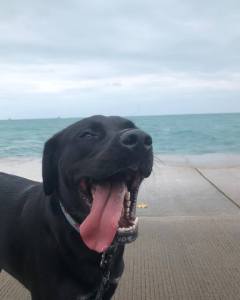 And while I’ve reached $895 of my $750 goal, I won’t stop fundraising until cancer stops being a jerk. If you’d like to support, you can do so HERE! And a HUGE THANK YOU to everyone who has donated this year and/or every year before!

I am officially registered for Grandma’s Marathon (yay)!

Now it’s time to start building my base mileage and (ugh) strength train. On the bright side, my main squeeze and I are able to go on leisurely runs still to watch the sunrise

Stay tuned for more views and we build up to a real base (read: barely running double digits per week right now) and for some (no doubt) hilarious accounts of me trying to lift weights.

It’s official! After a full year of running for fun with my main squeeze Lola, I am ready to tackle another marathon! In 2019, I will be taking on Grandma’s Marathon in Duluth, MN (don’t worry, not in the winter)! I’m only semi looking forward to training through the winter/early spring (NOT) BUT I am super excited to run a new marathon on what rumor has it, is a downhill course!

While I am running through a new city, I am still raising funds for cancer research. Cancer has been a jerk lately and as long as it continues to affect the people I love, I will continue to fight in any way that I can. So if you’d like to support, you can make a donation HERE.

And since I haven’t officially started training and don’t have any pics yet, here is a pic from Saturday night’s American Cancer Society event that was filled with puppies (because who doesn’t like puppies?!)

Not running a marathon this year has been surprisingly wonderful. Lola and I have taken advantage of not having to follow a schedule with casual runs to the lake where we watch the sun rise and play in the grass before heading back home.

While leisurely runs to the lake with my bff will always be my main priority, I have been thinking a little lately about my next race: Grandma’s Marathon in Duluth, 2019. Yes, it’s a year away, but I realized that in order to PR, I’m going to have to make an actual plan for myself. For the past 3 months or so, Deanne has been trying to get me to join her on Fleet Feet’s Racing Team (read: like really, really, fast people). I’ve made every excuse in the book: Walk & Roll was coming up so I didn’t have time, I’m too slow, it’s cold out, etc. But last week, I bit the bullet and signed myself up. I have been to 2 workouts so far and it’s safe to say that I am BY FAR the slowest person on the team. Surprisingly though, I don’t care. It’s forced me to change my mindset, to challenge myself and to keep going when every single part of me wants to give up. Turns out that in order to get faster, you actually have to train fast. So cheers to 18 more weeks of super uncomfortable runs and fingers crossed, I won’t be back of the pack at the end of November.

Running a marathon is hard (total understatement). Turns out NOT running a marathon is super hard too though. The first 5 marathons that I ran (including the one where I broke my foot), I crossed the finish line swearing I would never do it again. Within a few weeks (sometimes a few minutes) though, I’d be jonsing for next year’s race.

2017’s Chicago Marathon was different. I trained, HARD and every run that I did leading up to race day made me feel even more confident that I was going to hit my goal (ugh Oprah). And then I didn’t. . .like not even close. The whole thing was miserable and had my dad not been there pushing me along, I might have quit. At the time, I felt like the heat and my watch and a million other tiny things were the reason why I had such a terrible race but looking back on it, I realize now that it just wasn’t fun for me anymore.

My 2nd marathon (also Chicago) was totally awesome. I followed a training schedule, but I didn’t go into the season with a time goal. I met new people, tried out new running groups, and did what was best for me. That year was by far my most fun race and my best time. Then I found out that I just needed to shave 10 minutes off to beat Oprah’s time and the downward spiral began (hello burnout). So I’m hitting reset. My new years resolution is to NOT run a marathon in 2018. I’ll definitely be back because FOMO, but in the meantime, I’ll be spending this year running for fun (with my favorite running buddy Lola).

2018 is going to be a huge adjustment for me as I started a new job with the American Cancer Society. Leaving LUNGevity and all of my incredible co-workers and volunteers was one of the hardest decisions I’ve made but it also means that I’ll be spending a lot more time (and weekends) at home (during prime running season). There are SO MANY smaller, fun races that I’ve wanted to do in Chicago that I have missed out on in the last 5 years and I’m excited to try them out!

So now that I have some extra time on my hands (goodbye Monday 8 milers and Saturday long runs), I’m going to resume my ‘Cooking Through my Pinterest Board’ project that I started a couple of years ago. So stay tuned while I navigate this whole ‘no goal or plan thing’ and look forward to some yummy food posts (and some pinterest fails).

P.S. These two are the cutest right?

New kicks for this weekend’s 20 miler and just 23 days to go until race time!